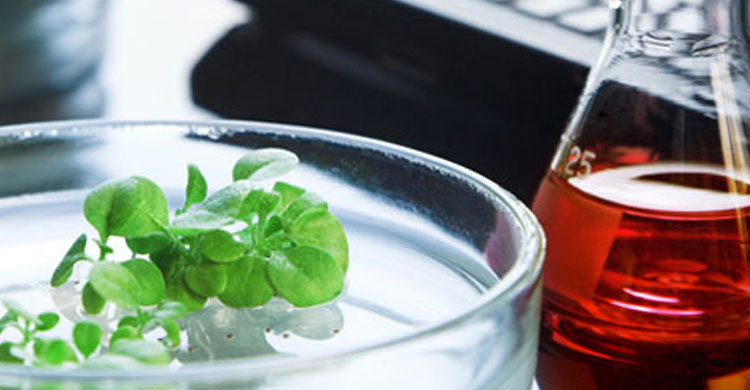 South African biotechnology has come a long way since the 2001 Biotechnology Strategy was released. A strong antimalarial drug candidate, progressive policies on genetically-modified crops, and a productive national research and development centre are just a few of the things we can be proud of.

In 2007 a government audit of the biotechnology sector identified 80 companies that use biotechnology, with only half of those describing biotechnology as core to their business. The total annual turnover of these entities was around R750 million.

Compared to the rest of the world, South Africa still has a long way to go in terms of growing the biotechnology sector, which is the aim of government’s new Bio-economy Strategy. The strategy specifically focusses on “biotechnological activities and processes that translate into economic outputs” in three areas: health, agriculture and industry.

That said, South Africa can certainly be proud of the progress and breakthroughs made within these three key areas over the last 10 years or so – from a progressive stance on genetically-modified crops to a potent new malaria drug.

Below are some further examples of South Africa’s biotechnological achievements that deserve to be recognised and celebrated.

The University of Cape Town has recently created a promising anti-malarial drug that might even stop the transmission of malaria from mosquitoes to humans. Image by Wikimedia Commons.

With the huge burden of disease, malnutrition and violence in South Africa, it is no surprise that health biotechnologies have long received the most attention from the government, research institutions and funding bodies.

The Biovac Institute was established in 2003 as a public private partnership to produce vaccines for Southern Africa. Since then, it has grown to import, package and distribute international vaccines, and produce its own Haemococcus influenza type b (Hib) vaccine. It is also now building the first commercial facility to produce vaccines in South Africa. The company employs more than 130 people and actively partners with local universities to move their research towards product development.

Another major success story in South African health biotechnology is the discovery of apotent new malaria drug at the University of Cape Town. Discovered in 2012, the single-dose drug eradicated malaria entirely in early tests and may even be able to block transmission of the disease between hosts. It was named Project of the Year by the Swiss Medicines for Malaria Venture (MMV) and is now undergoing clinical trials for safety in humans.

South Africa’s greatest success in terms of agricultural biotechnology is undoubtedly the government’s forward-thinking approach toward genetically modified (GM) crops. Since 1997, South Africa has prioritised food security over non-scientific concerns about the safety of GM crops, and currently GM maize, soybean and cotton varieties are grown here. With nearly three million acres of GM crops under cultivation, South Africa is the eighth-largest producer of GM crops in the world and by far the largest in Africa. What’s more, initiatives like Water Efficient Maize for Africa (WEMA) are currently developing new GM maize cultivars specifically for African soils and climates.

The recently-secured geographical indicator status for Rooibos and Honeybush teas has further boosted South Africa’s agricultural bio-economy. The 2014 trade agreement with the European Union means that only South African Rooibos and Rooibos products can use the Rooibos name. On the surface this may seem minor, but the agreement ensures that the South African economy benefits properly from this indigenous biological export and it paves the way for a fully-fledged Rooibos industry.

The Council for Scientific and Industrial Research (CSIR) is pushing South African biotechnology research towards commercialisation. Image by the CSIR.

Industrial biotechnology had taken a back seat compared to health and agricultural biotechnologies in earlier government strategies (particularly the National Biotechnology Strategy, published in 2001). However, the new Bio-economy Strategy aims to support research and development of industrial processes and products, and will prioritise water and waste management to promote a sustainable economy.

South Africa’s largest mineral processing company, Mintek, has developed international expertise in bioleaching – a process that uses bacteria to extract trace elements such as gold and uranium from complex or low-grade mining ore. Their process, which is known as Bacox™, is used on mines around the world, particularly in Australia and China.  Other South African companies have also developed leaching processes for other metals, including copper and zinc.

The Council for Scientific and Industrial Research (CSIR) deserves recognition as an organisation promoting industrial biotechnology in South Africa, both in terms of industrial processes and products, and as an enabling factor in the growth of the country’s bio-economy. The CSIR has various industrial and environmental technologies at different stages of development, – from early-stage research to fully-fledged companies. These include researchers using algae to treat acid mine drainage and the recently-created company OptimusBio, which is using CSIR expertise and resources to create cheap, eco-friendly cleaning and waste treatment products. On the other hand, the CSIR also helps to translate promising research in health and agriculture into final products, through platforms such as the Biomanufacturing Industry Development Centreand the biopharming platform.

The Bio-economy Strategy states that it will be judged on “the level at which science and technology drives enhanced productivity, economic growth and socio-economic development in South Africa”. While South Africa’s bio-economy is still small, it is clear that it has already produced promising technologies and processes. With time and hard work by talented researchers across the country, the bio-economy will grow to become a meaningful contributor to the South African economy.

This editorial was researched and written by science communicator Paul Kennedy, who holds an MSc in Biotechnology from the University of Cape Town. While in academia, his research focussed on developing a vaccine production platform in tobacco plants.